EMO is in collaboration with Yayasan Restu and Nasyrul Qur’an to create an Infaq and Waqaf of Al-Qur’an project for Schools and Madrasah. In preparation for the period when students will come and request Qur’an for their learning, A company called Nasyrul Qur’an is doing a project to provide quality Qur’an for students.

Nasyrul Qur’an is the second biggest Qur’an factory in the world by footprint spearheaded by Datuk Abdul Latiff Mirasa.

For every single word and letter recited by the person, you will receive the same rewards. It’s indeed one of the best deeds which is why traditionally, scholars will give Qur’an to their pupils and beloved people.

For the first round, we are opening opportunity for 250 pieces of Mushaf (book of Qur’an) for this great journey. 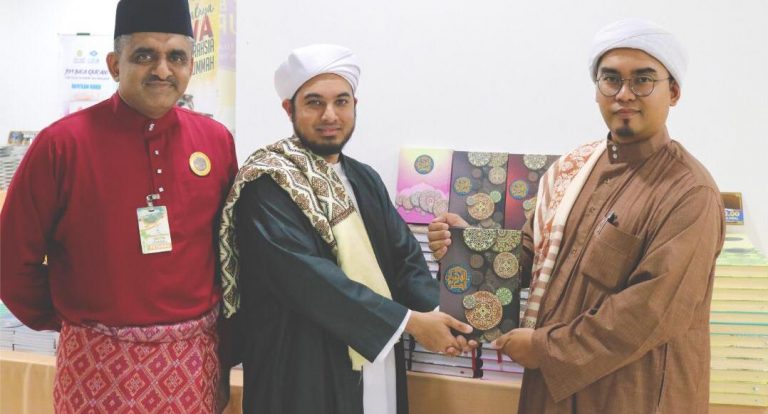 Alhamdulillah this has been a very successful project. We targeted collecting 250 Qur’an within 2 weeks. This clearly shows that people are eager to do Waqaf for Qur’an, and it is a clear sign of their love of Qur’an because we have received more than 400 Qur’an to distribute.

A few days after the collection, we immediately went to the Qur’an factory In Putrajaya to collect the donated Qur’an and distributed some to those who have requested from us. Ustadh Huzaif Nozlan is running a small madrasah educating children in the science of Qur’an recitation in Klang, Malaysia. He was very thankful to the donors for the Qur’an he had received.

The complete process of designing, writing, editing, printing all happens under his care by some of the most talented calligraphers in the world. Make sure to make a trip to the Qur’an factory the next time you visit Malaysia. Kompleks Nasyrul Quran. Nasyrul Qur’an is the second biggest Qur’an factory in the world by footprint spearheaded by Datuk Abdul Latiff Mirasa.

Verily the one who recites the Quran beautifully, smoothly, and precisely, he will be in the company of the noble and obedient angels. And as for the one who recites with difficulty, stammering or stumbling through its verses, then he will have TWICE that reward.”
(Sahih Al-Bukhari)